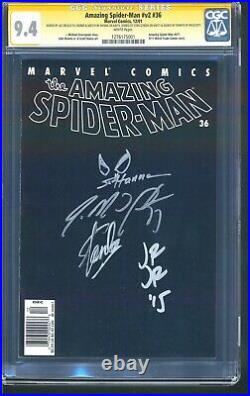 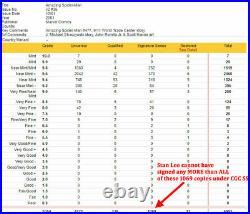 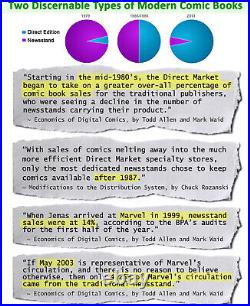 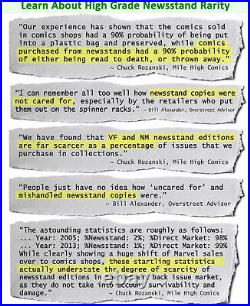 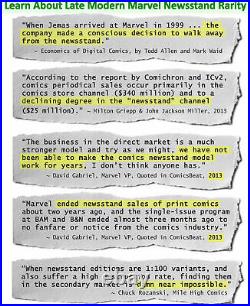 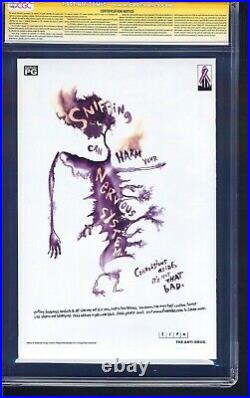 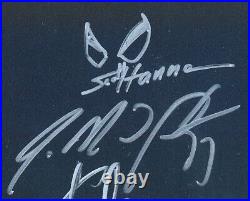 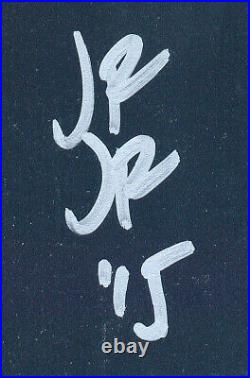 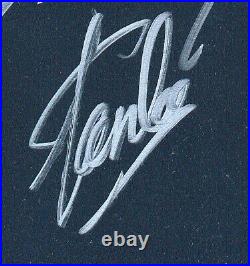 This listing from a smoke free home is for a CGC SS 9.4 (Near Mint) copy of the NEWSSTAND variant of Amazing Spider-Man v2 #36 (Key issue: 9/11 World Trade Center story), QUADRUPLE-SIGNED under Signature Series by writer J. Michael Straczynski, artists John Romita Jr. & Scott Hanna who also did a cool little sketch that looks amazing! , and, by the legendary STAN LEE! Scroll through the attached pictures, I've included close-ups of the signatures, they all came out SUPERB in matching silver sharpie! Among the countless gifts Stan Lee gave to collectors was how he embraced the CGC Signature Series, creating a unique class of books for us where the Yellow Label signifies his autograph of the book was witnessed by CGC before being immediately taken into their possession and encapsulated, for permanent signature authentication... And then with Yellow Label copies counted distinctly among each census entry.

As of the end of last year the CGC census showed a grand total of just 1069 Signature Series copies of this issue number. The census does not tell us who signed each of these copies, but Stan Lee cannot have signed any more than ALL of them.

Think about how low this number is, if we were talking about a printed comic book variant of this issue number called the "Stan Lee CGC Signature Series" variant... Any variant with that kind of minuscule print run would be considered unbelievably rare. Well, due to the fact that CGC labels Signature Series books distinctly and also counts these Signature Series copies distinctly, we can indeed think of Stan Lee CGC Signature Series books of each issue almost as a variant of sorts for any given issue in that a now-fixed limited number exist signed by Stan Lee, with a maximum count that can be looked up issue by issue on the census... And in actuality, those 1069 copies are further divided into DIRECT EDITION vs. NEWSSTAND copies, where the direct editions are the dramatically more prevalent type, and the newsstand copies are far more scarce in fact, ComicsPriceGuide currently ascribes a value for the NEWSSTAND copies of this issue number that is 2.86X the value of direct editions on account of the rarity difference so owning a Stan Lee CGC SS NEWSSTAND copy of this issue is the most rare play! On page 178 of the Overstreet #48 guide, Steve Ricketts of CBCS discusses Newsstand comics and states that CBCS has seized the reins on this niche of the hobby, by being the only grading service to identify Newsstand and Direct Edition copies in the variant field of the label. " He goes on to say, " As years progressed, Newsstand copies became more and more scarce, with the Newsstand copies of some comics being incredibly hard to find. The hobby will start to learn about the scarcity of each issue in the coming years. More information is better for everyone, especially involving something that was hiding right under our very noses. Hopefully CGC will one day follow in CBCS's lead in "breaking out" newsstand copies broadly, but as of today newsstand copies of Amazing Spider-Man v2 #36 are not differentiated on census by CGC, they are instead lumped together with direct editions. Even though CGC currently fails to tell them apart however, in-the-know collectors can very easily tell the more-rare newsstand copies apart from their prevalent direct edition counter-parts for ourselves for this issue by the presence of a UPC CODE on the front cover of the more-rare newsstand copies! Here's an opportunity for you to own a NEWSSTAND copy of Amazing Spider-Man v2 #36 that has been quadruple-signed, by all three of the writer/artist creators mentioned on the label, plus, by the legend himself, STAN LEE! Book very well packed, could have survived nuclear attack! If you have any questions just let me know. Be sure to check out my other items. Because my offerings are highly curated so if this one caught your interest, chances are I have other listings you'll find interesting too! The item "STAN LEE SIGNED Amazing Spider-Man v2 #36 CGC 9.4 SS 4X NEWSSTAND/UPC VARIANT NM" is in sale since Thursday, August 13, 2020. This item is in the category "Collectibles\Comics\Modern Age (1992-Now)\Superhero\Spider-Man".

), AND BY THE LATE GREAT LEGENDARY STAN LEE!!!