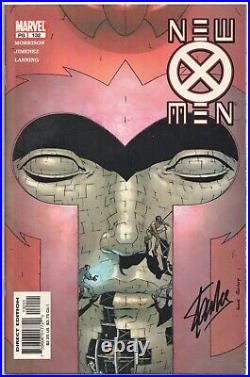 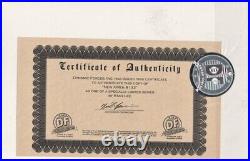 X-MEN FIRST CLASS # DYNAMIC FORCES SIGNED STAN LEE DF COA #3 OF 10 MARVEL. New X-Men #132 Dynamic Forces Limited Edition S. Comic book, from Marvel Comics, which is signed by Stan "The Man" Lee, the late co-creator of the X-Men (with Jack Kirby) and original series writer back in 1963! It comes sealed with a Dynamic Forces Certificate Of Authenticity (COA) confirming the authenticity of the signature. The large scans are of the actual item. Sealed in Near Mint condition. NOTE - the mark to the bottom right corner is a wrinkle on the comic bag, not damage to the comic. We are also the largest dealer of Dynamic Forces signed comics outside of the US, with an extensive inventory of over 1,000 different issues! Items are sent securely in strong packaging.

For low quantities this is a stiff oversized corrugated cardboard comic mailer. For larger quantities of comics and higher value items we use bubble wrap & poly chips in boxes. CGC slabs are sent in multiple layers of protection in strong boxes.

We have over a decade's experience in comics & collectibles. To help you spot fakes.