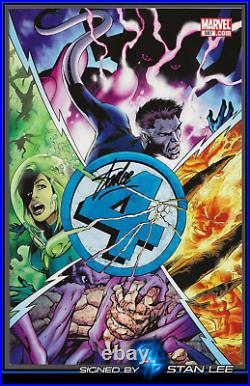 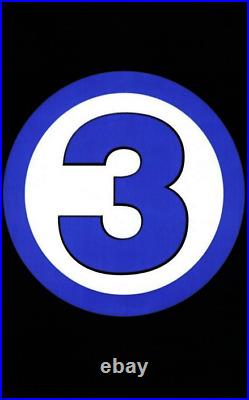 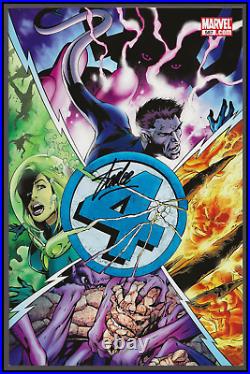 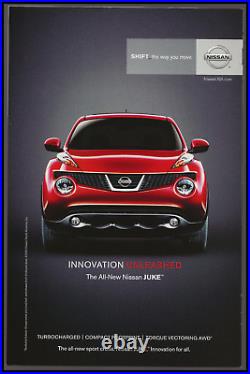 The Death of one of The Four: Johnny Storm, The Human Torch. Signed by his creator, Stan Lee. Those one hundred issues, from # 500 to # 599, were crafted by a select few of Marvel's best, from Mark Waid to J. Michael Straczynski and then Dwayne McDuffie, who passed the baton to Mark Millar who in turn, beginning with Fantastic Four # 570 (2009), handed the keyboard over to Jonathan Hickman. And then, things really got good, as you might expect they would (thanks to today's benefit of hindsight) from the writer who would go on to craft Avengers, New Avengers, Secret Wars and House Of X / Powers of X. Hickman's stand-out story-arc, "Three, " kicked off in Fantastic Four # 583 , bringing with it the return of DOCTOR DOOM (Hickman's first writing of the character) and the Marvel Comics' debut of artist Steve Epting. Atop the issue ran the banner "Countdown to Casualty", and with it, and each subsequent issue, the banner would count down from "4" to "3" to "2" to "1". When it finished with Fantastic Four # 587, the issue was released only in black poly-bags so as to hide the reveal within: the Death of the HUMAN TORCH (Johnny Storm). Johnny's death would reverberate across the Marvel Universe and its fandom for the next two years, impacting titles like Amazing Spider-Man (where Peter Parker joins the FF to fill void), the FF spin-off series Future Foundation, and of course the main FF series itself. A hugely impactful event, to be sure. Given the impact of Hickman's contributions to the Marvel 616 and, by extension, the characters and events adapted to the Marvel Cinematic Universe, especially his characterization of the FF heroes, Doctor Doom, The ILLUMINATI, the Multiverse, Multiversal incursions and Secret Wars, it stands to reason that much of Hickman's work on FF will also figure prominently into the exploits of the Fantastic Four inside the MCU.

For all those reasons, STAN LEE's signature on such a landmark issue such as Fantastic Four # 587, during such an outstanding run by one of Marvel's most significant creative teams of the last two decades, is perfect - ideal - in so many fitting ways. The emphasis and validity it lends this historic comics moment is palpable: Lee, via his signature on the front cover, bearing witness to Marvel history as it happens in real time, powerfully remembered and felt forever thereafter. That's our definition of a Marvel FANTASTIC FOUR Must-Have.

Mylar Sleeved (twice) w/ Boards. NEAR-MINT (9.2/9.0, NM-) MINUS. An outstanding copy of this landmark FF Issue with non poly-bagged eye-popping cover and its exceptional eye appeal. Lee's signature appears in blank marker ink at the very center of the front cover, at top left side of the "4" Logo.

We have assigned a range of 9.2 to 9.0 for the estimated grade of NM- and could be corrected in great measure with professional pressing, etc. No Certificate of Authenticity (COA) was produced for this signature, obtained in-person.

Comic Book shown (above) is the same copy that you will receive. Please review all images to assess Grade and to determine if you are fully satisfied with the Item's condition.