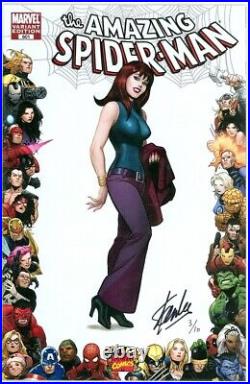 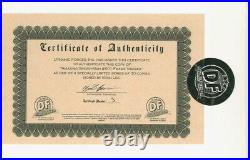 Who drew Stan Lee's Amazing Spider-man Silver Age stories from issue #39 in 1966! It comes sealed with a Dynamic Forces (DF) Certificate Of Authenticity, confirming that it is one of just 10 copies produced! Scans are of the actual item in Near Mint or better condition.

We are also the largest dealer of Dynamic Forces signed comics outside of the US, with an extensive inventory of over 1,000 different issues! Items are sent securely in strong packaging. For low quantities this is a stiff oversized corrugated cardboard comic mailer. For larger quantities of comics and higher value items we use bubble wrap & poly chips in boxes. CGC slabs are sent in multiple layers of protection in strong boxes.

We have over a decade's experience in comics & collectibles. To help you spot fakes. Get images that make Supersized seem small.

Tailor your auctions with Auctiva's. This item is in the category "Books, Comics & Magazines\Comic Books & Memorabilia\Comics\Comics & Graphic Novels".